We support, as actively as we can, the following organisations; 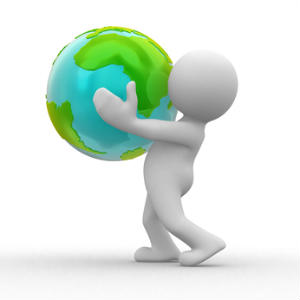 The Maya Leprosy Fund (MLF) was set up by Alasdair and Moira Murray in 2003 while working as Church of Scotland Mission Partners, for the purpose of raising funds to be used to improve the living standards of people affected by leprosy residing in Khokana Leprosarium, a colony of leprosy sufferers situated outside the city of Kathmandu. A Nepali Project Co-ordinator was employed, and trained by Moira in all aspects of wound care to ensure that the Khokana residents received the best possible treatment of recurring problems caused by Leprosy.

After their return home Alasdair and Moira continued to provide financial and practical support to the project, making regular trips to Nepal in order to do so. Support for Khokana continues through donations of medical supplies, mainly wound dressings, and providing training in their use; distributing social care gifts to each household; helping individuals who are in desperate circumstances. Medical supplies are also sent to Lalgadh Leprosy Hospital, in South Eastern Nepal, where Alasdair & Moira worked, and training in their use is given remotely by email or Skype.

MLF also pays the salary of a Literacy Teacher at Lalgadh for the children of hospital patients and pays education costs for leprosy affected children and children whose parents are leprosy affected when the parents are poor and cannot afford to send their children to school. MLF works in partnership with Nepal Leprosy Trust (a UK based Christian Charity) whose Kathmandu office manages all funding sent to Nepal

The Scottish Bible Society (SBS) is a founder member of the United Bible Societies (146 Bible Societies across 200 countries worldwide). The Bible Society’s aim is “to work so that all people can have the Bible in a language they understand, a form they can access and at an affordable price, to aid genuine encounters with God”. SBS distributes Bibles, New Testaments and other scripture based materials in a range of media in Scotland and throughout the world. Its volunteer network includes local action groups and local church representatives. One of our Elders, Moira McCarrell, is the SBS Ambassador for the North of Scotland and regularly brings us news of the work of SBS. Moira has also represented the SBS on a Vision Visit to Rwanda in 2014 and is due to join a similar venture to Malawi in September 2017.

Scripture Union (SU) Scotland is part of the worldwide family of SU movements which began in the 19th century and now operate in over 130 countries across the world. SU is a Christian charity working in partnership with local churches. In Scotland, more than 2000 volunteers are involved in helping to run SU activities, alongside around 100 staff. SU Scotland’s vision is “to see the children and young people of Scotland exploring the Bible and responding to the significance of Jesus”. Their work includes running activity holidays, missions, and groups in schools.